A SUNDAY AFTERNOON OF WILLIAM SHAKESPEARE’S SELF DISCOVERY 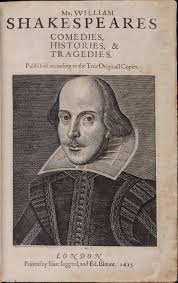 Where else but the wonderful Tricycle Theatre, in Kilburn?
We were invited to explore William Shakespeare, whose 400th death anniversary is on 23rd April 2016.
Wow!
I went along. Eyes and ears open.  The entrance to Tricycle is like a gobsmacked, mysterious, narrow children playground. Then you go through silent rooms, toilets, a bar; ultimately we perched ourselves on a sunshine- lit, greyish, warm floor upstairs. Luckily this is August. Sunday 9th August, 2015.  Nine months to go... 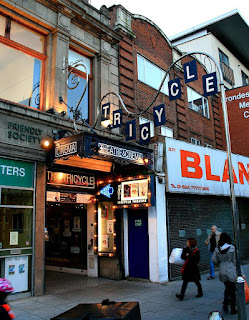 After a brief opening by Tom Green (Counterpoint Arts Network), everyone introduced himself or herself- always creatively- challenged by Arne Pohlmeier (Two Gents Productions). Who are you, in brief? Why choose to lick out Shakespeare? Where do you see yourself trotting? There was a broad range of people, colours, gender and character. From Nigeria, Jordan, Bangladesh, Kosovo, Somalia, Tanzania, UK, Germany.   All held and caressed a common thread. We write, love literature, adore theater and Shakespeare and what else? Immigration history, gypsy, well traveled, exiled, etc. 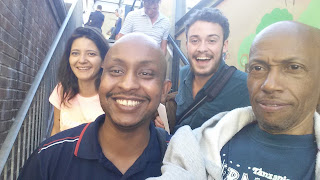 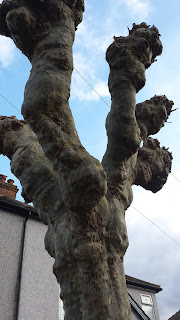 Followed a lengthy physical dramatic experience led by Arne Pohlmeier.
Some few drills then dipping into the Shakespeare humus. All ended with conclusive writing exercises, under the dutiful vista of poet and organiser, Laila Sumpton. (pictured below, left) 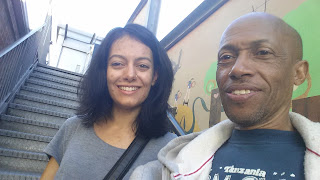 I cannot reveal all; nevertheless, I should say. Hmm.  We came out showered, cleaned, drowned, challenged, re charged.
The best thing is the fact that, as the award winning Bengali writer, Shamim Azad, pointed, we jelled. No egos, no negative tensions. Everyone keen to re kindle a moon halo around this historical figure called, William Shakespeare. 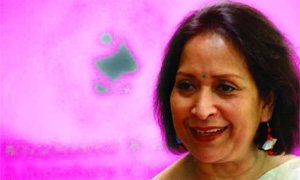 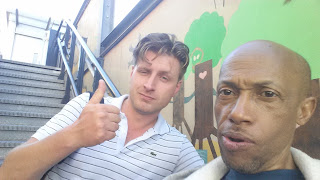 Selfie with British Romani poet, writer and journalist, Damian James Le Bas.
Not all were captured by this blogger on his selfie, however, I should mention Nigerian author, Tolu Agbelusi  whose blog Poetic Echos is a beautiful gem. 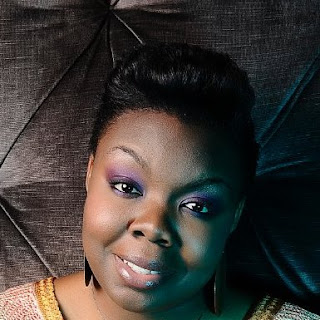 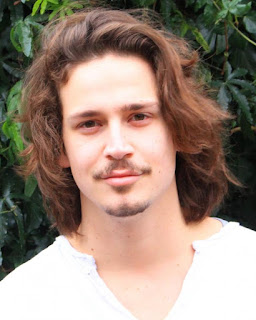 Actor Ardi  Mejzini (Kosovo) who has also been involved with Quite Right Theatre, Company.

Post -Personal note
Later when I was interviewed by the man chronicling what was happening, I said how lucky I was to grow up in a country where Shakespeare is valued. Former President of Tanzania, Mwalimu Julius Nyerere (died in London in 1999), translated two works of William Shakespeare, Merchants of Venice and Julius Caesar into Swahili.  Swahili is spoken in eleven African countries and widely studied overseas. In 2002 the UN declared Kiswahili the seventh fastest growing lingo in the world. Subsequently, we read those two Shakespeare works in Swahili in Tanzanian schools.
What else?
In Ki-Swahili, we have our own Shakespeare. The great Shaaban Robert. One cannot learn, speak, write or take Swahili seriously without checking out Shaaban Robert, OBE and winner of the Margaret Wrong Prize, died in 1962.  Although devoted  Muslim he used both a Christian name (Robert) and Muslim (Shaaban) to promote peace among religions. No wonder Tanzania is regarded as one of the most peaceful nations in the world. She has not experienced civil strife for the past 100 years. No religious strife on a large scale as some of the other African states, either. 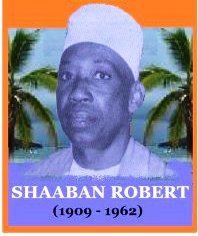 Shaaban Robert, promoted by peace-loving nation founder Mwalimu Nyerere, is the yardstick that every Swahili writer aims to reach. Akin to Shakespeare in English, Shaaban Robert was prolific writer publishing hundreds of poems, numerous futuristic novels, critical essays and biographies. Similar to William Shakespeare, he died at the tender age of 53 years but left us a rich, delicious legacy.
Posted by Unknown at 11.8.15

That is very interesting Kaka Freddy. To me, though I was not there but I see it that it was a very great Sunday afternoon of William Shakespeare. And a note of thanks to Mwalimu Nyerere for the translation of the books. We really enjoyed them when we were in school those old days in primary and secondary schools. You are right in saying that Shaaban Robert was our Shakespare of our time and surely though he passed in a tender age, but he left us a rich, delicious legacy. May I take this opportunity to congratulate all of you who attended that colourful Sunday afternoon. 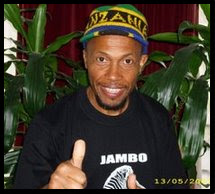